Creatine – How Does It Work?

Creatine is a truly incredibly molecule that is stored in our muscles and various other tissues in the form of phosphocreatine.

Creatine’s fundamental purpose is to facilitate the recycling of used up adenosine diphosphate (ADP) back into the usable form of cellular energy known as adenosine triphosphate (ATP) by donating one of its phosphate (P) molecules.

Enhancing the process of turning ADP back into ATP allows for a greater threshold of energy production within the cell, which translates to greater energy during various forms of activity.  The popularity and prevalence of creatine has boomed in the last 20 to 30 years – though it was discovered all the way back in 1832, it took until 1912 for it to be determined that consuming creatine was able to boost the content of this energy-giving molecule within muscle cells.  With this discovery, creatine’s fate as a sports supplement was essentially sealed, but it was not until the early 1990s that the public at large became aware of its potential as an ergogenic or performance-enhancing supplement.

There are all sorts of misconceptions regarding what creatine can and cannot do, as well as a general misunderstanding of its safety and potential benefits for the non-athlete population. In fact, some of the more interesting benefits that are appearing thanks to creatine research suggest that the general population may have as much, if not more, to gain from creatine supplementation than bodybuilders or other athletes. Undoubtedly, this naturally occurring molecule deserves consideration at least among nutritional-supplement mainstays as one of the more effective nutritional aids. Our goal is to educate our clients how to utilize tools that have been proven effective time and time again, including creatine. This means we need to cover what exactly creatine is, some proven benefits, potential benefits, how to utilize it, and what the potential side-effects may be. So, let’s get started with some science!

What Is Creatine Really?

With all the confusion surrounding creatine, you would think that it is an incredibly complex molecule. But in reality we have already described how creatine works in the body – basically.

It is able to improve the performance of cells by increasing the rate at which ADP is turned back into ATP. If you get adequate amounts of creatine from red meat or through supplementation, you will be more efficient at this recycling process. What this translates to is greater energy production and better performance. Interestingly, creatine is created naturally in our liver and kidneys from the amino acids lysine and arginine, but only about one gram per day. Most of this supply is found in skeletal muscle, as well as the blood, brain, and various other tissues. Research evidence suggests that supplementing with creatine can increase your muscles ability to work, and boost force output which can then in turn stimulate improvements in lean body mass and enhance endurance.  If those benefits aren’t necessarily relevant to you, consider the fact that creatine has been shown to reduce the breakdown of muscle tissue and even support cognitive function in certain populations – aging and plant-based individuals are two key examples. Although the sports performance benefits of creatine are well-documented and backed by research, some of the positive effects that creatine may have on your brain, mood, and much more are only beginning to be elucidated.  However, this does not mean they aren’t fascinating and many seem to be somewhat solid science at this point. 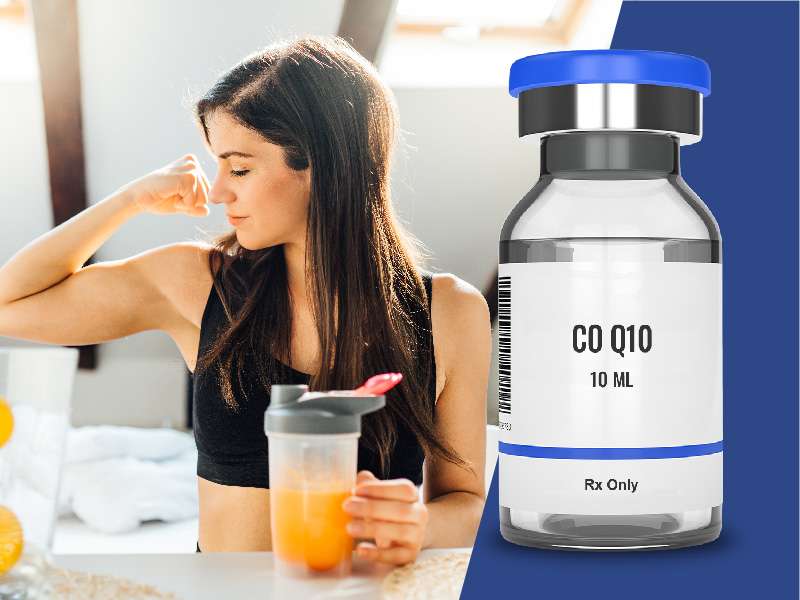 CoQ10 is a powerful antioxidant and coenzyme involved with energy production. Some benefits are Energy, improved Immunity, Performance, better sleep, and improved Recovery.

Our brains require an immense amount of energy to function – approximately 20% of the total energy your body uses, actually.

This monstrous energy requirement is likely behind many of the beneficial effects that creatine supplementation has been shown to have on cognitive function and psychological health. Vegans and vegetarians consume notoriously low amounts of creatine from the diet, as it is found primarily in muscle meats.  In a study done by psychology professor David Benton, short-term memory recall was cleverly utilized as a proxy for cognitive function.

This study found that vegetarians who were given a creatine supplement vastly improved performance on a memory test over the course of a week, compared to multiple other subject groups. Another study, this time published in the journal Translational Psychology, analyzed data from 22,692 subjects. Here it was found that (even after controlling for demographic and lifestyle variables) those in the highest quartile (top 25%) of dietary creatine intake were 31% less likely to suffer from depression than those in the lowest quartile (bottom 25%) of intake. Evidence also suggests that creatine may have especially antioxidant-like properties in the brain, potentially protecting us from neurotoxicity, mental fatigue, and other degenerative brain diseases.  Further evidence indicates that creatine supplementation may prove to be an important intervention at the beginning of many neurodegenerative diseases, and may be effective at increasing muscle strength in individuals with Parkinson’s disease.

There seems to be little doubt that creatine can be incredibly beneficial for our brain and body. Whether your goal is to increase muscle size and strength, prevent muscle loss as you age, or generally improve cognitive function, creatine may be one of the most reliable tools you have at your disposal.

How to Use Creatine

Saturating your muscles and other energy-greedy tissues with creatine is a surefire way to increase energy production and performance – although this does not necessarily need to come from a creatine supplement.

If you are consuming an adequate amount of animal-based protein you likely have more than your fair share of creatine available. However, if you are following a more plant-based diet, or you are of more advanced age, you will likely benefit immensely from adding a creatine supplement into your nutrition plan. Fortunately, there are nearly no side effects that you can expect from creatine supplements, when used appropriately.  Some people may experience gastrointestinal distress from taking the suggested serving size of 5 grams, so break up your daily dose of 3-5 grams in a few servings over the course of the day. Reported side effects such as bloating or weight gain are not, in fact, side effects – they are direct effects and should be expected. This comes from increased creatine saturation in the muscles drawing in water and filling up your muscles. These two effects should be taken as a good sign that creatine is working for you. Don’t go overboard though, more is not necessarily better.

It is also incredibly important to note that many of the benefits that come from creatine such as preventing muscle loss with age, are fully experienced only when participating in an appropriate and effective resistance training program. This is likely a rather obvious disclaimer as the effects that creatine has on muscle building is dependent upon increasing performance while exercising. If you don’t exercise, creatine will not help you build muscle, though it will likely help you retain that which you already have. Also, keep in mind that an estimated 20-30% of the population can be considered “creatine non-responders.”

If it works for you however, it is going to have a noticeable and usually significant effect.

Should You Take Creatine?

When it comes down to it, whether creatine will be beneficial for you or not is incredibly individual. Based upon your current nutritional intake, exercise routine, recovery, and more, you may or may not see benefits from creatine. However, as more potential benefits are revealed that go much further than just building muscle, it is likely that many or most people stand to gain from creatine supplementation. Combine this with the fact that creatine has an incredibly minimal side effect profile, and that it is also one of the least expensive supplements on the market (make sure you get creatine monohydrate, the cheapest and most effective form available), it seems as if there is no downside to adding creatine into your daily nutritional regimen. On a fundamental level, creatine boosts our ability to create energy within the cells, somewhat analogous to other tools such as red light therapy, fasting, and just plain old exercise. There are few (if any) other supplements that have the backing of research and actual application to support their effectiveness. If you already have a solid nutrition, training, and recovery protocol in place, consider adding creatine into your daily routine to determine if you will benefit from the physical, psychological, and cognitive effects it has been shown to provide.

Overall there are many benefits to using creatine. Paired with a well balanced diet and exercise creatine will be extremely beneficial to increasing overall strength and endurance. Additionally paired with other nutrients and peptides such as Sermorelin or B12 you can bring your performance to the next level.

Whole Foods – Why You Must Eat Them Starting Today

Most people are largely unaware of the fact that what they are eating isn’t actually food. Sure it may look like food, but in reality “food-like product” would be a better term for it. Ultra-proces…
Read more

How Long To Keep Trimix In a Syringe

Trimix is an injectable medication used to treat erectile dysfunction. It is a widely used medication available only from a compounding pharmacy. Trimix is a combination of three medications: papav…
Read more

Sex addiction, or compulsive sexual behavior disorder, has been difficult to define. Learn more about the signs of sex addiction and how to treat it.
Read more
As Featured In
Invigor Medical
Information
Legal