For many appearance-conscious men, few things rank higher on the list of concerns or cause for alarm than male pattern baldness or hair loss.  While some well-known actors, models, athletes, and celebrities definitely rock the bald look with style (we’re looking at you, Bruce Willis, Dwayne Johnson, and Terry Crews, among others), for many men, it’s a scary prospect.  Hair loss doesn’t seem like something you can control, and there’s still a deep tie in many people’s psyches between a full head of hair and looking attractive. 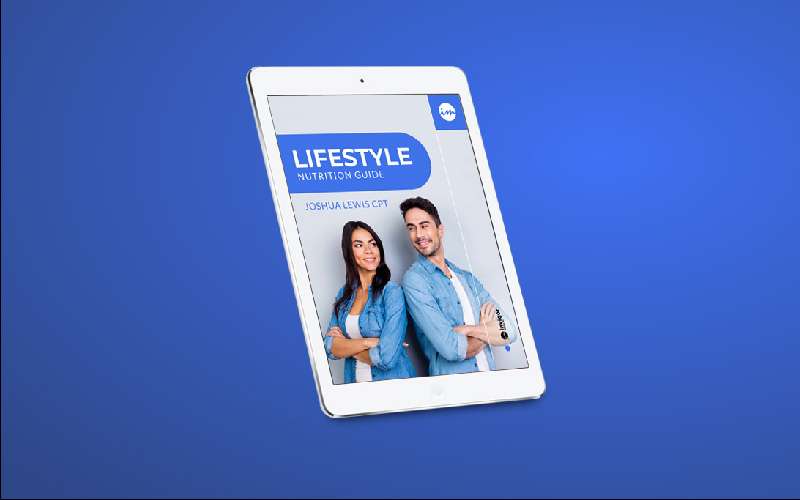 Male pattern baldness or associated hair loss does not need to be the end of the world, however.  First, it doesn’t change who you are – only your outward appearance.  Second, as noted above, embracing baldness can actually be a positive for many men.  Third, there are several different kinds of treatments available today, with varying efficacy, that can help you retain your hair or even grow new hair.

With all of that said, however, we come back to a fundamental set of questions that many men want to be answered: what causes male pattern baldness and hair loss?  Why do some people go bald, whereas others don’t?  Why do some people start losing their hair in their 30s, whereas others keep a full head of hair until their 60s, 70s, or beyond?  While the exact relationship and causes of baldness and hair loss are not fully understood, science has come a long way in the last half-century towards answering those questions.  We’ll explain in detail below.

Why Some People Go Bald, and Others Don’t

Simply put, the reason why some people go bald, and others don’t have a lot to do with luck and rolls of the genetic dice.  Genetics are by no means the only factor in determining the likelihood of hair loss or male pattern baldness, but they play an outsize role in influencing those outcomes.  Individual quirks in chemical sensitivities – particularly to a metabolite of the hormone testosterone – may or may not be exclusively genetic in origin.  Additional factors surrounding lifestyle, mental health, diet, and so on also come into play.  Some have argued that these factors don’t determine who will get thinning hair, hair loss, or male pattern baldness, but perhaps are limited to the speed or extent portion of that equation.  However, the scientific jury remains out on those contentions.

That’s not to imply that the basic mechanics of baldness and hair loss aren’t understood, as they are.  It’s just that, as with most complex systems and issues in the body, it’s not a simple or straight-line proposition from effect to cause.

Let’s start at the macro level and look at genetic factors associated with baldness and hair loss before getting back into hormones and microbiology too much further.  For a long time, it’s been obvious that families in which multiple older male relatives are bald or have thinning hair or hair loss tend to have new generations of kids that also suffer from the same problem when they get older.  This immediately suggests a genetic factor at play.  Over the years, science has revealed that there are actually several genetic factors at play. Genetics make up the largest component of determining who goes bald, who has hair loss, or who gets to remain with a thick mane of hair.

Male pattern baldness affects about 80% of men before 80 (Hamilton, 1951). Using twin studies, scientists determined that approximately 80% of the variance or difference between men in terms of inherited male pattern baldness is attributed to genetics and 20% to environmental factors (Nyholt, 2003). More sensitive testing has shown that genetics accounts for closer to 50%. A genome-wide association study looking at variations in genetic code between men with and without male-pattern baldness showed that many genes contribute, both from the autosomes (nonsex chromosomes) and the Y chromosome (Hagenaars et al., 2017).

Early research on baldness first proposed that testosterone was the cause, as castrated men did not exhibit hair loss.  Testosterone itself is not the direct cause, and that has been definitively shown by modern science, but it is a necessary precursor to trigger hair loss and baldness.  Even women have testosterone in their bodies and can have characteristic thinning hair or hair loss – so it’s fairly clear that it’s not tied directly to the level of testosterone, and experiments have borne this out.  Rather than the testosterone itself, it’s been found that a metabolite – a product made from testosterone by your body – is the main culprit.

A small amount of free testosterone in the human bloodstream is converted into dihydrotestosterone or DHT.  This metabolic conversion happens because of an enzyme known as 5-alpha-reductase.  Individual chemical sensitivity to that DHT and/or the amount of activity of the 5-alpha-reductase enzyme seem to be a determining factor in who loses their hair and who doesn’t.  These sensitivities or activity levels appear to be largely genetic but can be triggered or modified by several other factors.  Through this mechanism, many internal treatments for male pattern baldness work – by modifying sensitivity to DHT, or the activity or production of 5-alpha-reductase.

There are also several environmental or lifestyle factors, and even health factors – essentially, factors unrelated to genetics – that are fairly common causes, triggers, or, at the very least, may exacerbate the speed and severity of hair loss.  In no particular order, these include:

Much Remains Unknown or Poorly Understood

The range of non-genetic factors mentioned above shows that there is still much that isn’t fully understood regarding baldness and hair loss.  That applies for both sexes – if anything, male pattern hair loss, because it is so much more common, is more well-understood than female thinning hair or hair loss.  Those are just some of the reasons why there is no guarantee, no easy test to take that will tell you whether or not you will go bald, have thinning hair, or deal with hair loss in your lifetime; at what age it may start; or exactly what you should or shouldn’t do to avoid triggering hair loss.  However, enough is understood about the mechanics of male pattern baldness and hair loss, and the hormonal/chemical pathways that seem to cause it, that several largely effective treatments have been developed.

There are Effective Treatments for Those Concerned about Hair Loss

If you are concerned about baldness or hair loss, there is hope.  Several popular treatments are available, with varying degrees of success.  Some may be covered by medical insurance, whereas others may require payment out of pocket.  The right treatment for you may be very different than the right treatment for someone else, especially depending on the causes and severity of the hair loss or baldness.  Typically, there are several avenues of attack for dealing with baldness or hair loss:

The latter category is often the most convenient for most men – it simply involves taking a pill, no messy creams or topical treatments.  Transplantation, wigs, and other exterior solutions don’t get at the root (pardon the pun) cause of the problem, either.  So, most men first start with a medication-based solution, such as the popular drug Propecia (finasteride), and see real results in slowing down hair loss, preventing further hair loss entirely, or even seeing their natural hair start to regrow.

Does baldness come from your mother or father’s side?

Baldness appears to have both genetic and lifestyle components.  On the genetic front, it was long believed that baldness was only a mother or maternal line-associated trait since genes have been identified on the X chromosome, which a male can only get from their mother (the father’s sex chromosome must be a Y, absent any genetic abnormalities because an X would mean XX for the child, and they would be born a girl).  Modern science has revealed that while the maternal line baldness gene on the X chromosome is slightly more dominant, genes throughout your combined DNA play a role in baldness.  On top of all that, factors like stress, vitamin deficiencies, illness, etc. also can contribute to the onset, severity, or progression of baldness and hair loss.  While it is true that a portion of the genetic component comes from the mother’s side, that does not, in and of itself, mean you will or won’t lose your hair or go bald.

Does baldness mean you have high testosterone?

As baldness is chemically dependent on testosterone, a long-standing adage about bald men having more testosterone (and perhaps being more fertile or better in bed) has circulated.  This blends some scientific truths with many mistruths.  Baldness or hair loss does not, in and of themselves, identify the level of testosterone in the body.  It’s actually a by-product or metabolite of testosterone that acts as the chemical trigger to decrease hair growth, and the precise mechanism isn’t fully understood.  Converting testosterone into DHT (dihydrotestosterone) is the responsibility of an enzyme in the body, 5-alpha-Reductase, and testosterone circulating in the blood is actually involved in the process.  Therefore, men with both high and low testosterone levels can develop baldness, thinning hair, or hair loss.  It all depends on the level of this enzyme and how individually sensitive a person is to DHT.

Sermorelin is arguably one of the most powerful Anti-Aging medications, which offers a long list of benefits: More energy, increased libido, muscle building, recovery, strength, weight loss, and much more.

There are many causes of male pattern baldness or hair loss, though the biggest contributor is genetics.  You can’t control what hand you were dealt in the genetic card game of life, but can manage your health and lifestyle risk factors.  If you are concerned about hair loss, consider talking to your doctor or a healthcare provider about the treatment options available.  Since hair loss, in a minority of cases, can be a symptom of a greater underlying medical problem or issue, it’s best to get your condition checked out.  Once you know it’s nothing more serious, consider your treatment options – taking action sooner rather than later gives you the best odds of maintaining your current hair, and more effectively growing new hair.

ALSO READ – How to Get an Older Woman in the Mood

Platelet Rich Plasma – Can it Benefit You?

Top Reasons Your Immune System Is Letting You Down

There are few systems as complex as the one that works behind the scenes to protect you from infection, disease, and dysfunction. Like any complex entity, the collection of cells, organs, tissues, …
Read more

How to Stay Healthy with Age

Medically reviewed by Leann Poston, M.D. on 9/24/20 These days, people are living longer than ever before.  With advanced medical care, scientific breakthroughs, and the ever-advancing pace of…
Read more
As Featured In
Invigor Medical
Information
Legal