An Overview of Finasteride Side Effects

Finasteride, the generic form of brand-name Propecia, is one of the most affordable and effective hair loss remedies on the market today.  With nearly three decades of use history, it has been shown time and again to be extremely effective and generally safe for use in the fight against male pattern baldness – a problem that affects as many as 80% of men to some degree or another.  Unlike topical creams or surgical hair replacement solutions, finasteride is an oral medication that works internally and systemically, meaning there are some side effect potentials.  The good news is that few of these finasteride side effects are serious or severe – most are minor and mild, with a relatively low incidence, and do not cause those individuals taking finasteride to discontinue use.

Before we dive into the details regarding finasteride and the associated finasteride side effects, it’s important to offer a disclaimer to readers.  This article is provided for informational purposes only and does not replace a comprehensive review of the prescribing information associated with finasteride or any other hair loss medication.  Likewise, online research, reviews, and information about any prescription medication, including finasteride, is not a replacement for a conversation with your doctor.

Everyone is unique, and the potential for side effects varies considerably by the individual.  Therefore, it’s always important to talk to your prescriber about any medical conditions you may have, prior medical history, and any medications, supplements, or herbal products you may currently be taking, as these have the potential to interact with or contraindicate the use of finasteride.  Additionally, the presence or lack of these conditions, medications, etc. may exacerbate the potential for the development of finasteride side effects in some individuals.  Only a consultation with a licensed professional can help you to determine is finasteride is the right medication for your hair loss or other therapeutic needs.

Finasteride is an oral medication for the treatment of male pattern hair loss (sometimes called male pattern baldness).  While it may be prescribed for other purposes, such as treating an enlarged prostate, it is most commonly prescribed as a hair loss treatment.  It is the generic equivalent of the well-known brand-name hair loss drug Propecia, originally developed by Merck & Co. and approved for use by the FDA in 1992.

Compared to topical creams or surgical hair loss treatments, finasteride has a higher risk of side effects since it is ingested as a tablet or pill.  Many people have taken or are taking finasteride, which reinforces the relative safety of the medication.  It is among the top 100 most-prescribed drugs in the US for several years running, with an estimated nearly 10 million active prescriptions.

Though many women may suffer from various forms of hair loss, it is only indicated for use in men. Effectively, most male pattern baldness or hair loss is attributed to an androgenic hormone derived from testosterone (the male sex hormone), known as dihydrotestosterone or DHT.  Much of female hair loss does not follow this same mechanism or pathology, and, combined with the hormone-related way in which it works, females do not benefit (and may be harmed by) use of finasteride.

How Does Finasteride Work?

DHT is important in the male body, especially during youth and puberty.  However, many of its effects are not necessary for adult males, and may even be harmful or problematic (such as increased prostate size and hair loss).  5-alpha-reductase inhibitors, such as finasteride, address this by inhibiting the action of that enzyme, and therefore reducing the conversion of testosterone into DHT, and decreasing circulating levels of DHT in the male body during treatment.  Reductions on the order of 60 to as high as 95% or higher are possible.

Without getting too technical, DHT is implicated in male pattern hair loss as it seems to be a critical regulator of hair grown in the scalp region, and concentrations of the androgenic hormone are often highest in the scalp.  This does not hold true for hair in other areas of the body, which is why many men with male pattern hair loss can and do still grow full mustaches, beards, and other facial hair, for example.  By reducing DHT synthesis and DHT levels in the body, finasteride and similar treatments seek to allow hair preservation and hair regrowth by adjusting this DHT-regulated system.

Most Common Finasteride Side Effects

The most common finasteride side effects that are reported include:

Less common finasteride side effects, typically seen in less than 1% of the treated population, include:

In general, because finasteride only affects the synthesis of DHT, and does not inhibit or increase the production or distribution of other hormones like cortisol, TSH, thyroxine, or other endocrine substances, it is well-tolerated and has few side effects beyond those highlighted here. 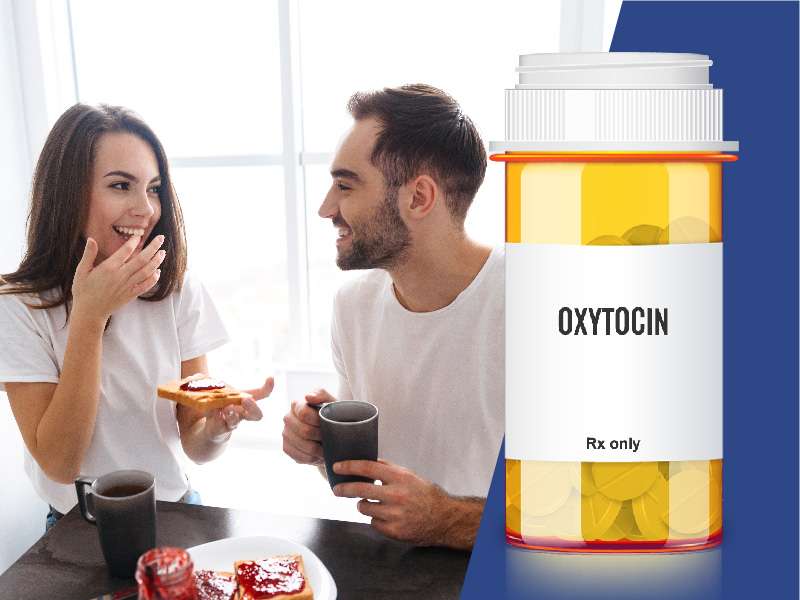 Finasteride is only meant for men, not women.  Because of the action of the medication, patients taking finasteride are advised to wait at least one month after taking their last dose before donating blood, plasma, or blood products.  It is not suitable for use in pregnant women, and should not be handled by pregnant women.  Men attempting to impregnate their partner may wish to cease finasteride treatment to avoid potential fetal exposure and complications due to presence in male semen.  Finasteride is not suitable for use in children or those who have not completed puberty.

If you would like to find out more about the potential finasteride side effects that you may experience, you are encouraged to review the prescribing information and literature on file with the federal Food and Drug Administration (FDA), including the official prescribing literature for brand-name Propecia (on which finasteride is based) from Merck & Co.

Is it safe to take finasteride?

Finasteride has a long track record of safety, being used by millions of men to treat male pattern hair loss.  So long as the finasteride side effects are well-understood, and the contraindications, adverse reactions, and similar information is heeded (such as avoiding exposure or handling by pregnant women), then finasteride is considered safe for the vast majority of patients to take.  However, as we mentioned in our disclaimer at the start of this guide, every person is unique, and your specific health conditions, age, medical history, and medication profile may contraindicate use of finasteride.  That’s why it’s so important to ensure you have an honest and open conversation with your prescribing doctor before you start taking finasteride for hair loss, to ensure it is right for you and to minimize the risk of finasteride side effects.

Can I drink alcohol while taking finasteride?

While not explicitly prohibited by the prescribing information, studies have shown that men taking finasteride and drinking at least 50 g of alcohol per day had between a 1.39 and 2.56 increased risk (average around a doubling) of developing low-grade prostate cancer.  This same increase was not observed in patients drinking equal amounts while taking a placebo.  Therefore, most experts advise that you should strive to avoid alcohol as much as possible while taking finasteride, in order to avoid this potentially serious finasteride side effect.

There’s no doubt that finasteride is extremely effective at restoring hair in men suffering from male pattern hair loss.  Upwards of 80% of men who began treatment with finasteride saw no further hair loss, and more than 60% saw hair regrowth after two years of use.  Finasteride side effects are definitely possible, but are generally minor and mild, as highlighted in this guide.  Provided there are no contraindications when you discuss your hair loss needs with your prescriber, finasteride may be the best choice for affordable, effective hair loss treatment for men today.

How Does Metformin Contribute to Anti-Aging?

Anti-aging is not just about looking better. Although that is important for many people, it is also about living a healthier life longer. As a population, we are living longer, and you want those a…
Read more

Trimix injections for ED: The Risks and Benefits

Trimix injections are a combination of three medications that are used to treat erectile dysfunction. Injecting medications into the penis may sound extreme and more than a little painful. As you l…
Read more

How To Self-Administer Vitamin B12 Injections